Free SG Delivery on all orders over $100
Sign up for our newsletter
Receive exclusive invites and promotion details!
Click Here! 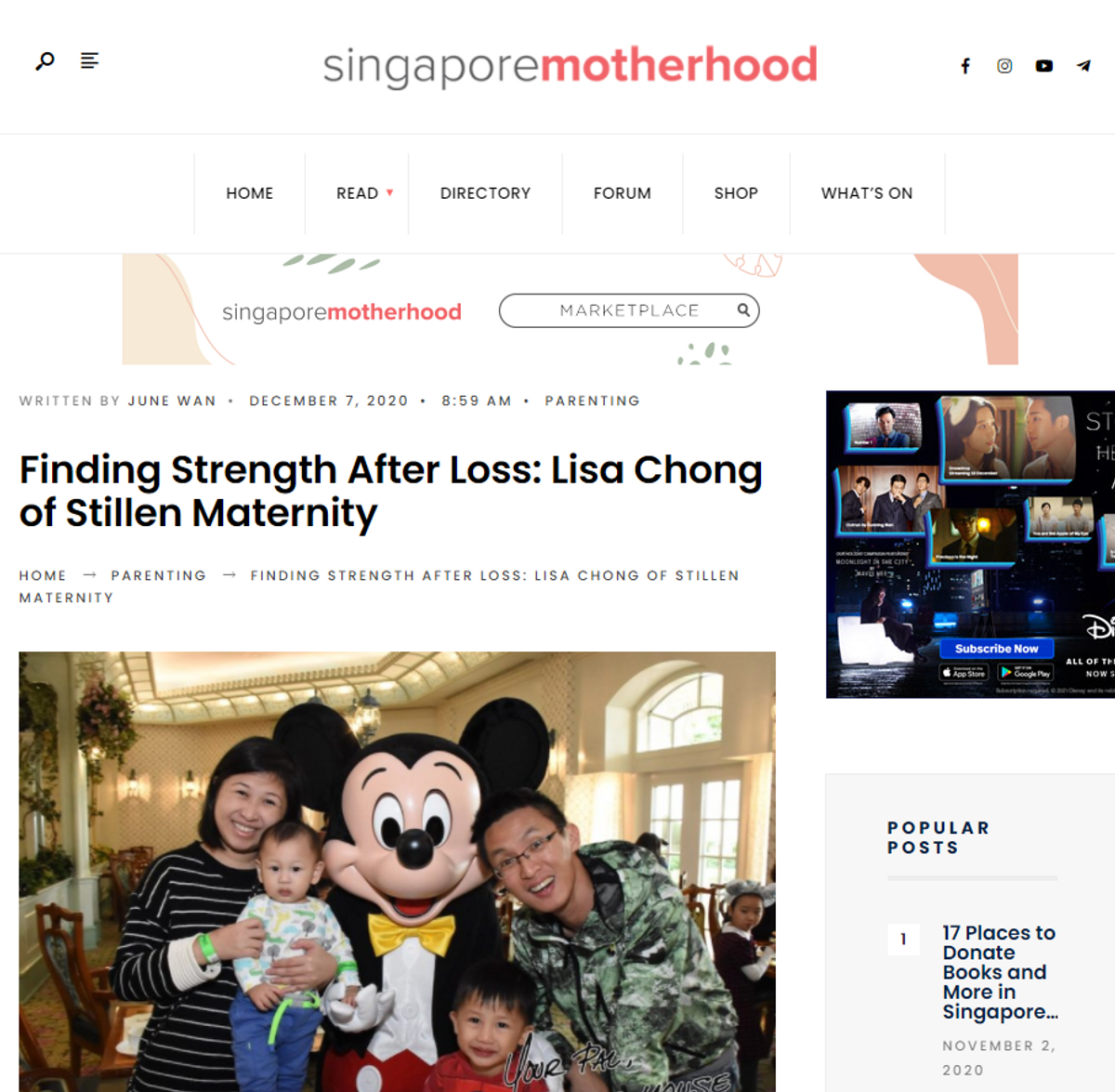 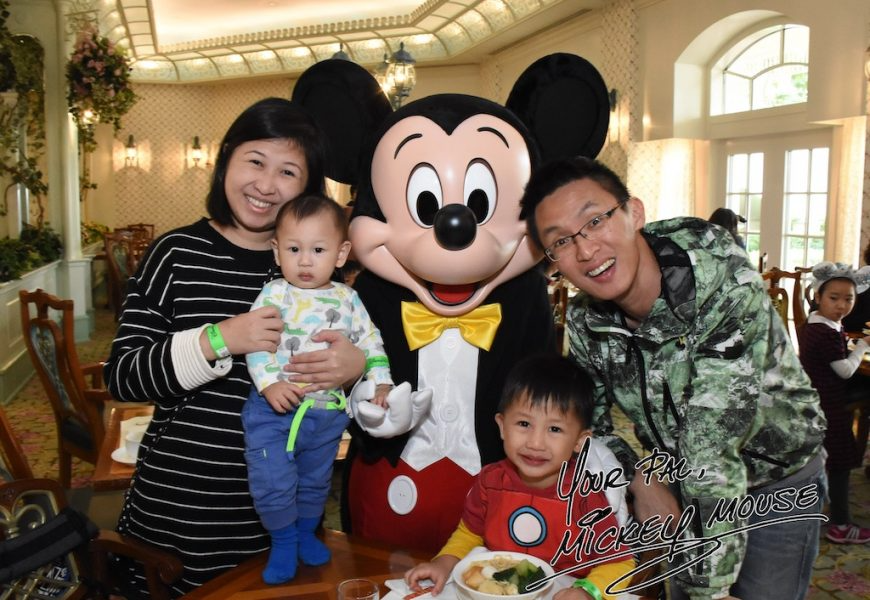 “Ihope one day we mothers can all look back and see that we have become like the phoenix that rose from the ashes,” muses Lisa Chong. Indeed, what the founder of Stillen Maternity went through before starting her brand of work-friendly maternity and breastfeeding clothes could possibly be considered a trial by fire.

Infertility woes, losing her firstborn T just hours after he was born, grappling with faith, gestational problems during her next two pregnancies… any one of these would have felled a lesser woman. For Lisa, now a mum of two boys aged four and seven, they were the motivational steps that led to the building of her business.

In hindsight, the finance executive reckons her healing could have begun from one sentence her husband said to her on the first night after they lost their son.

“He said that we were given the chance to see T, to hold him and say our goodbyes face to face. In that we were a lot more fortunate than many others out there,” recalls Lisa.

“While it didn’t take the sting of death away, that sentence changed my perspective somewhat and made the loss a little more bearable. I think we never stop grieving the loss of our loved ones, but the intensity of that feeling does lessen over time.

(See also: Losing your Child: from Cope to Hope)

My subsequent rollercoaster-like pregnancies were emotional. I had daily jabs to treat my Antithrombin Deficiency, Gestational Diabetes (GD), and a positive OSCARS test which indicated a high probability of a Down Syndrome baby. At the end of it all, we are grateful to have two lovely and healthy boys.

I think the only thing that made both of the pregnancies bearable was that I had visions of myself carrying my babies and smiling. Some showed the babies at slightly older ages. Because I was able to visualise my future, I felt more hopeful.

Thankful for these rainbow babies, I threw myself into my new role as mom, determined to make up for the missed opportunity before, giving them everything and more that their eldest brother did not get to enjoy.

Things looked rosy on the outside but little did I realise that I was slowly going into postpartum depression as I struggled with juggling work and being a mom of two. I soon felt trapped with thoughts of being not good enough at work.

Grateful as I was for the boys, I felt that I had lost my self identity when all my time was filled either with work or family responsibilities.

Time out and self-discovery

After a series of emotional meltdowns at work, my husband and I agreed that I needed to slow down and take some time out for myself. This was when I started on my self-discovery journey, doing bucket list items, and picking up new and old hobbies. One of these was fashion.

I started with cooking classes, sewing sessions and checking off some items off my bucket list like diving and parasailing. And as I did all these, I began to find joy again… not that I wasn’t happy with kids and all… but these were things that fed my creative soul. They were small little steps with the completion of each cooking class, or finished clothing.

Later, I signed up for a fashion class and was told to conceptualise a brand to market. I recalled how during my pregnancy days, maternity clothes were expensive and the styles available were mostly casual looking and the prints were overly flowery. Finding suitable nursing wear was difficult too.

Starting the entrepreneurial journey to Stillen

So I decided to come up with a brand that provided stylish maternity workwear for professional women that they could wear pre-to post pregnancy. And after talking it over with my husband, I decided to embark on the journey to start Stillen Maternity.

Going on this entrepreneurial path took me out of my comfort zone. I had to talk to new people outside of the industry, learn how to network, to be driven for my own pursuits/visions, and hone new skills of marketing after being a corporate employee under the shelter of my supervisor for the past decade.

The entire journey from finding drafters, learning to source for fabrics, travelling by myself to meet and negotiate with the manufacturers, figuring out the marketing, how to do a photoshoot… it was daunting every step of the way.

It pushed me back into being courageous. There were definitely times of doubt and times when I stumbled on this entrepreneurship journey, but I felt stronger as I walked this journey. The fear of failure and not being good enough fell away slowly as I regained confidence through seeing how much I had achieved and overcome.

I became more cheerful and confident, no longer plagued with constant negative self-talk. I also began to find purpose as I saw Stillen as a way of contributing back to the mums community — by bridging that gap of hard-to-find maternity work wear.

Stillen: a solution for Mums, a tribute to her Son

I named this business Stillen when I was looking for a name that was related to breastfeeding. While Stillen stands for breastfeeding in German, to me, Stillen means “still” and “En” (恩), which means grateful in Chinese. I am grateful to be where I am and for the family that I now have. Most importantly, En is also T’s Chinese name. It is my tribute to T, who first made me a mom.

More than just a maternity apparel label, I want to use Stillen as a platform to reach more women with similar stories like mine.

I want to spread the importance of awareness in mental health, where mums, especially working mums, can be equipped with knowledge of self-care, mental wellness and ways to cope with issues at different stages of their early motherhood days.

Self-care is important, especially for mums. It is tough as we simply don’t feel like we have the luxury of time to care for ourselves. The lack of good rest can often be a trigger to start off the slippery slope of depression.

Being Kind to Oneself

One very important self-care method is to be content with what you have, and not compare. I once read about an analogy of people’s capacity, similar to the sinking lines of different types of boats. We are not all made to be like a tanker or a cruise liner. Some of us may be more of a rowboat.

The same weight on a liner would bring a rowboat well below its sinking line and cause it to sink. We can’t all perform at the same capacity, but we can all contribute to make what seems impossible, possible.

With all the social media bombardment these days, it’s easy to think that the family posting their holiday pictures on Facebook is doing well, or that the mum having high tea at a hotel has it all together.

The truth is, no one knows the story behind those pictures. Let’s not be so quick to judge ourselves if we are not doing as well as we hope to be. If we are still trying our best, let’s give ourselves a pat on the back.

My advice to all mums is to “be kind to yourself”. To the mommies who have walked a similar journey, or are still in the midst of it, I want to share this quote by Bob Goff – “Some of the most beautiful chapters in our lives won’t have a title until much later.”

I hope one day we can all look back and see that we have become like the phoenix that rose from the ashes.”

Maternity clothes can be fashionable: Shopping and style tips for pregnant women
Dec 29, 21

Singapore Motherhood – 10 Maternity Wear Brands to help you get your style on
Dec 01, 21